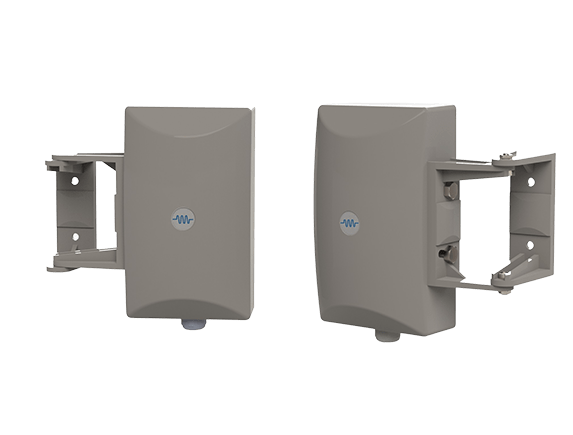 FMC 10  series microwave detectors used to guard the surrounding territory of the object.

For detectors adjustment android and windows devices can be used.

PURPOSE
The purpose of local protective microwave detectors of „FMC 10 (50m)“,  „FMC 10 (100m)“, „FMC 10 (200m)“, families (hereinafter referred to as the detector) is to protect perimeter sectors of different sites and generate the alarm the intruder cross the detector detection zone.
GENERAL INFORMATION

The detector is a bistatic microwave detector consisting of a transmitter and a receiver.The principle of the detector operation is to generate an electromagnetic field in the space between a transmitter and a receiver. The field forms a volumetric detection zone in the form of a stretched ellipsoid of rotation and registers the changes of this field when an intruder crosses a detection zone.

DISTINCTIVE FEATURE
The multi-threshold operation algorithm provides a high resistance to outdoor disturbances;
4 independent channels, which allows to avoid the nearby zones affect each other;
Possible sensor adjustment without tools (using build in switches);
Using a windows or android devices with software: 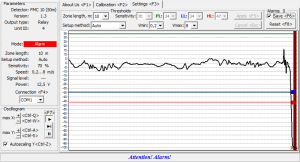 The detector is immune to the influence of strong electromagnetic fields (power lines up to 500 kV).
The detector can detect a crawling intruder in case of special preparation of a sterial zone and sensitivity adjustment.
NEW DIGITAL production technique of microwave modules.
Operating frequency – 10,525 ± 0.025 GHz.

The length of a detection zone of the detectors:

The detector generates alarms when: